On Wednesday  Emmanuel boys and girls cricket teams competed in the annual Camden cricket tournament. The girls got off to flying starting, beating St Aloyisus by 35 runs in their first game.  Sadly they did not progress through to the second stage of the tournament, but remained in good spirits to cheer on the boys, who qualified in top place after the pool stages. After a close semi final against Brookfield, the boys made it through to the final to face New End, the holding champions and by far the most successful Camden school cricket team in recent years. The boys elected to bat first, and clocked a magnificent score of 250, with numerous balls being hit to the  boundary for 4 and even a few 6 ‘s. The boys really came into their own showing off their fantastic fielding skills by getting six quick wickets, in fact it was hard to keep up with the speed in which they fell. All the boys and girls should be congratulated for representing their school with lots of grace and sportsmanship. An unprecedented achievement for the boys, having never won this tournament before. Well done! 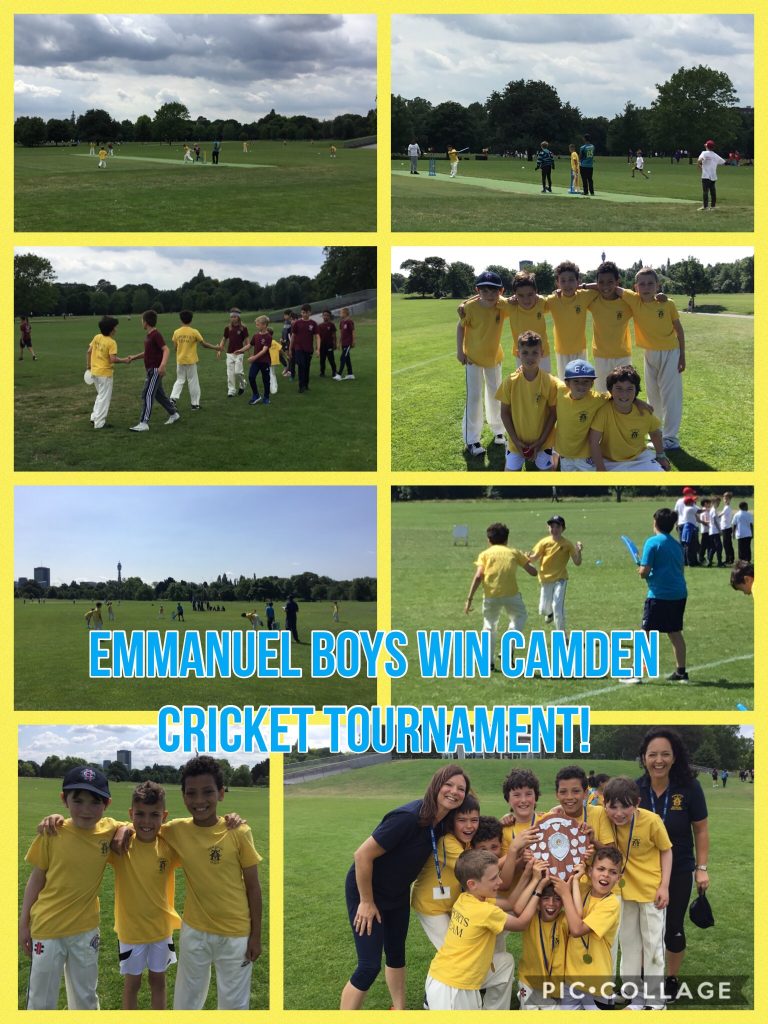