Runners up in Camden Schools Cricket 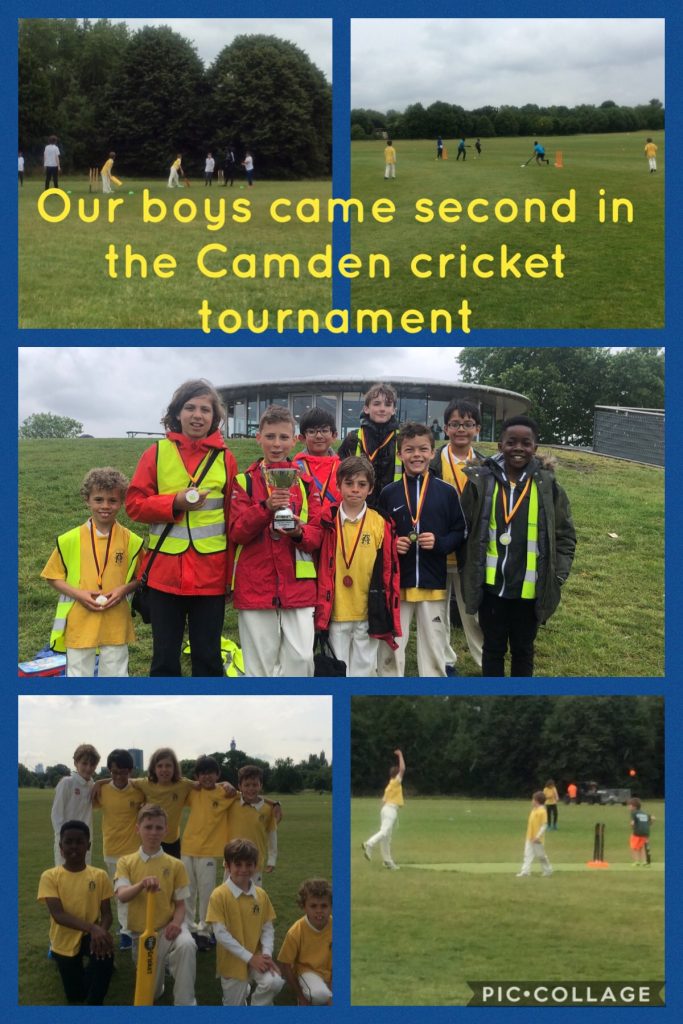 On Wednesday, eighteen children from KS2 travelled to Regent’s Park to take part in this year’s Cricket tournament. The girls beat two other schools and hit eight wickets in just one game! Unfortunately, this was not enough to get them into the semis and the finals.

The boys won all their matches in the group stage and bowled their way into the semi finals. They played well and beat St Aloysius making it into the finals. Here they played against Gospel Oak and won the name of second in the tournament.

Both teams did incredibly well and we  are extremely proud of them.

Written by Rosie Rae Goldsmith who attended the tournament as school journalist.