The children in KS2 thoroughly enjoyed participating in a variety of Shakespeare plays as we celebrated the bards 400th anniversary. The children were actively engaged and involved throughout the whole performance by singing, dancing and playing the roles of the characters.

In Quartz class they heard the retelling of Pericles, in Sapphire they re-enacted The Winter’s Tale and Topaz and Amber performed The Merchant of Venice. After all of the performances the children were beaming and excited to have experienced Shakespeare’s work. 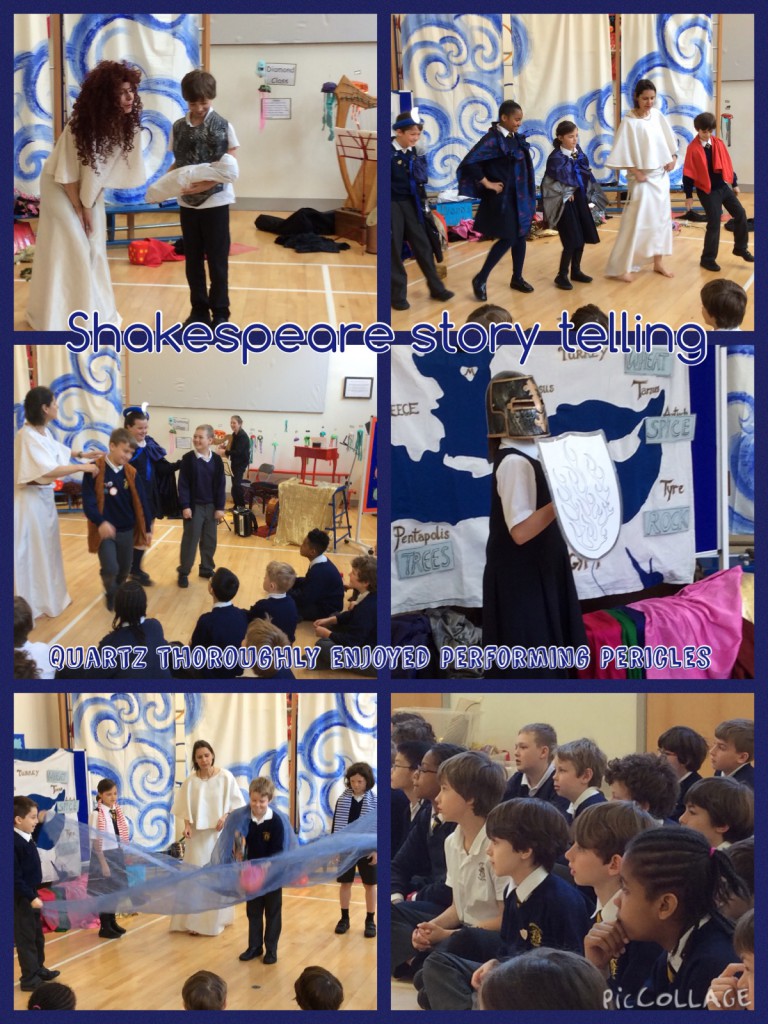